The smart greenhouse system was implemented by the 2Smart team. We deployed an IoT greenhouse based on the 2Smart Standalone automation system. Below we describe the details of this project.

The smart greenhouse is the first project where we have deployed the 2Smart Standalone automation platform not only for home use. It was important for the 2Smart team to ensure that the platform works successfully in agricultural and industrial facilities.

Thus, the hardware center of the smart greenhouse is a computer with the 2Smart Standalone system deployed. In our case, this is a compact mini-computer with Ubuntu OS (Intel Core i3, 8GB RAM, 256GB SSD). We placed the computer in a Schneider Electric switchboard, installed a circuit breaker, a voltage relay, and power supplies 5V and 12V DC for controlled devices. 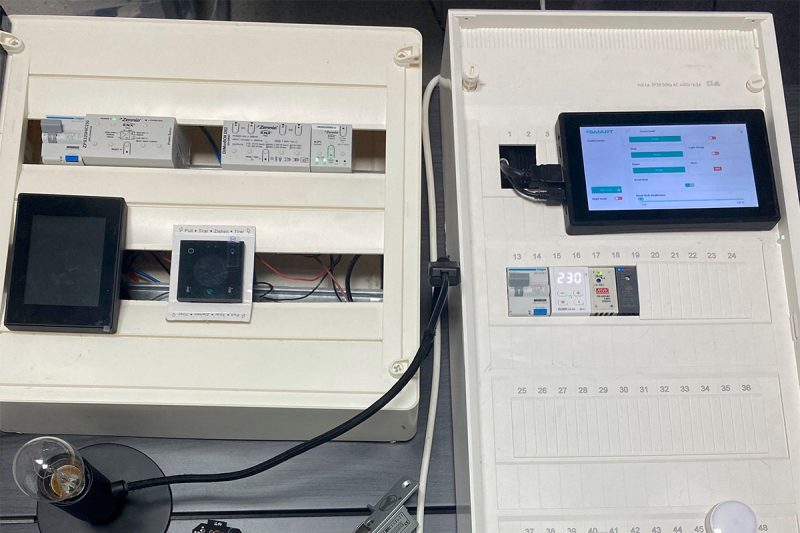 As for devices, to deploy an advanced smart greenhouse, we used several dozen devices operating on different protocols. This possibility is one of the fundamental features of the 2Smart Standalone automation platform, which we incorporated into its architecture during development.

First of all, we connected the Modbus bus with two blocks of 8 relays each and an eight-channel analog input reader for sensors.

We connected lighting, watering, ventilation lines, and an industrial temperature sensor to the bus relay. The PT-100 sensors were connected to the analog inputs. Also, we have selected a block for controlling actuators, where each relay has NO and NC contacts. This makes it possible to control the actuator in both directions using two such relays. 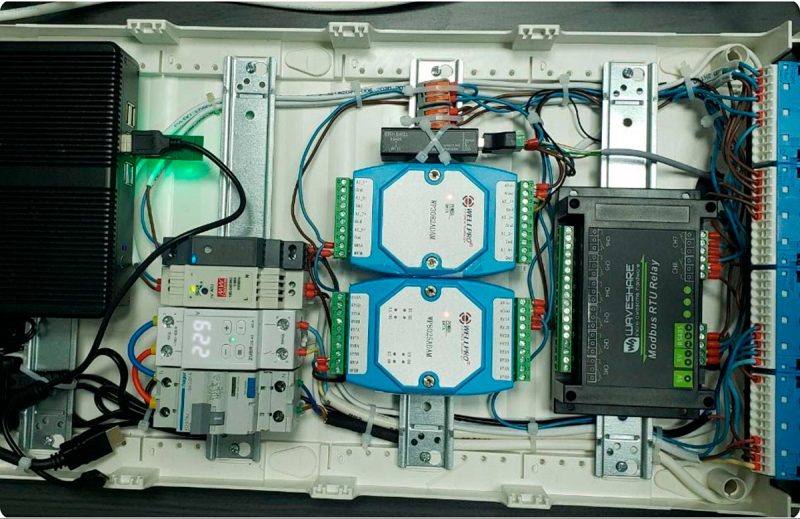 We also connected our Zigbee gateway to the mini-computer. With its help, many wireless sensors are connected to the system to control air temperature and humidity, leakage, pressure, and light level in various greenhouse areas.

We also connected a Zigbee irrigation tap as an experiment, but a wired analog, controlled via a Modbus relay, has become a more convenient option.

Finally, the 2Smart Standalone automation system supports the KNX protocol. In this project, we connected a couple of relays with its help in test mode, but Modbus remained the basis for the wired connection.

A touch screen connected to a mini-computer is used to control the system offline. For the same purposes, the 2Smart Standalone mobile application is used, which operates on the same local network as the automation platform itself.

The customer for whom we deployed a smart greenhouse system also wanted to be able to handle it remotely. To do this, we linked his smart greenhouse with the account of the 2Smart Cloud IoT platform, and as a result, the customer can manage the greenhouse via smartphone and observe the growth of plants even from foreign business trips.

For a greenhouse to be fully automated, we only need to control and maintain a few key parameters:

During the greenhouse construction, the customer provided three sectors where different crops are grown. Each sector maintains a distinct microclimate. Thus, information about the above parameters in different greenhouse sectors is collected using sensors and processed by automation scenarios.

To keep these parameters within the specified limits without manual labor, we have accordingly installed the following controlled devices:

Temperature, humidity, light, and CO2 level are controlled by automation scenarios. Some are available in 2Smart Standalone out of the box, and others were developed specifically for this project by the customer’s team. Here are the scenarios we used:

One of the critical parameters that affect the growth of plants is the duration of lighting during the day. The optimal lighting duration for various crops is very different. For example, marrow needs 8-10 hours of daily light, while tomatoes require 18 hours.

The “Daylight control” scenario supplies a predetermined lighting duration in each of the three zones of the greenhouse all year. Its working principle is as follows:

The “Mixed thermostat” scenario automatically maintains the set temperature of the following components:

The “Watering schedule” scenario ensures the watering of the plants according to the schedule. The same scenario is used to supply the fertilizer solution.

In cases where carbon dioxide sensors show an excess of the permissible level, a separately configured PRO scenario starts the supply and exhaust ventilation.

The air humidity is regulated in the same way. If the sensors detect an excess of the maximum level possible for this greenhouse sector, the system launches the supply and exhaust ventilation.

The 2Smart Standalone automation platform allows expanding its functionality with add-ons available in the built-in market. One of the most helpful add-ons is Grafana, which allows the user to visualize the historical sensor values.

Thus, the greenhouse owner can see the current status of the entire system. 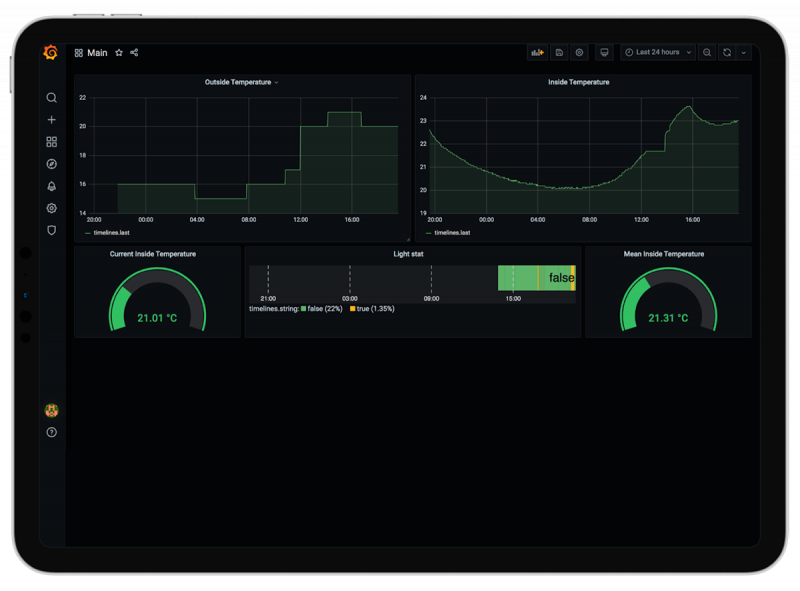 Another add-on allows integrating cloud devices into the local platform. The greenhouse is equipped with Propuskator cloud controllers, with the help of which the owner controls the doors at the entrance to each of the sectors. Employees also manage these doors through configured sharing.

As we said above, a touch screen is used to configure and control the system offline. The 2Smart Standalone interface includes administrative and client parts. The system settings are entered in the administrator panel, and the client panel is used for the current management of scenarios, control of sensor readings, and data history analysis. 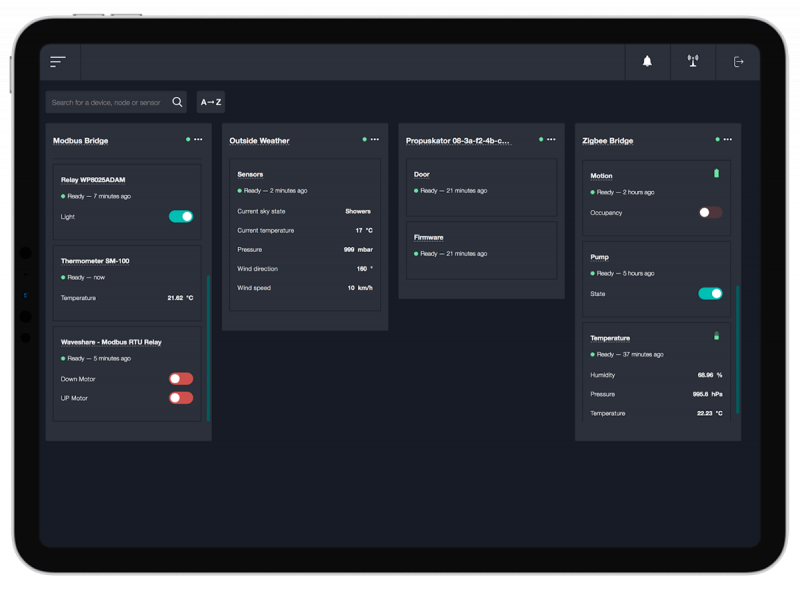 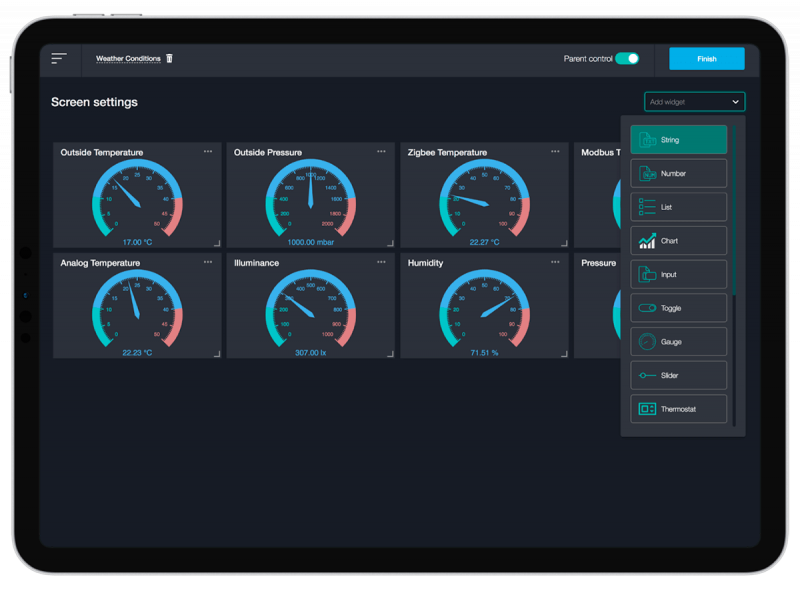 You can also use the 2Smart Standalone mobile application to manage the system locally. But if you need remote control, you can integrate the smart greenhouse with the 2Smart Cloud IoT platform. Using a special bridge, we configured such integration for the client. As a result, the status of all greenhouse sensors can be monitored and controlled remotely.

Optimum temperature, humidity, and illumination levels are automatically maintained. This means a better yield compared to a conventional greenhouse.

You no longer need to start drip irrigation, opening or closing the doors manually. Eliminate waste of water, heat, and electricity.

You can remotely control processes or set up automation scenarios.

You no longer need to stress and worry about the harvest – the automatic system will do everything for you.

Want to know more about smart greenhouse and the 2Smart Standalone automation system? Send us a message at contact@2smart.com 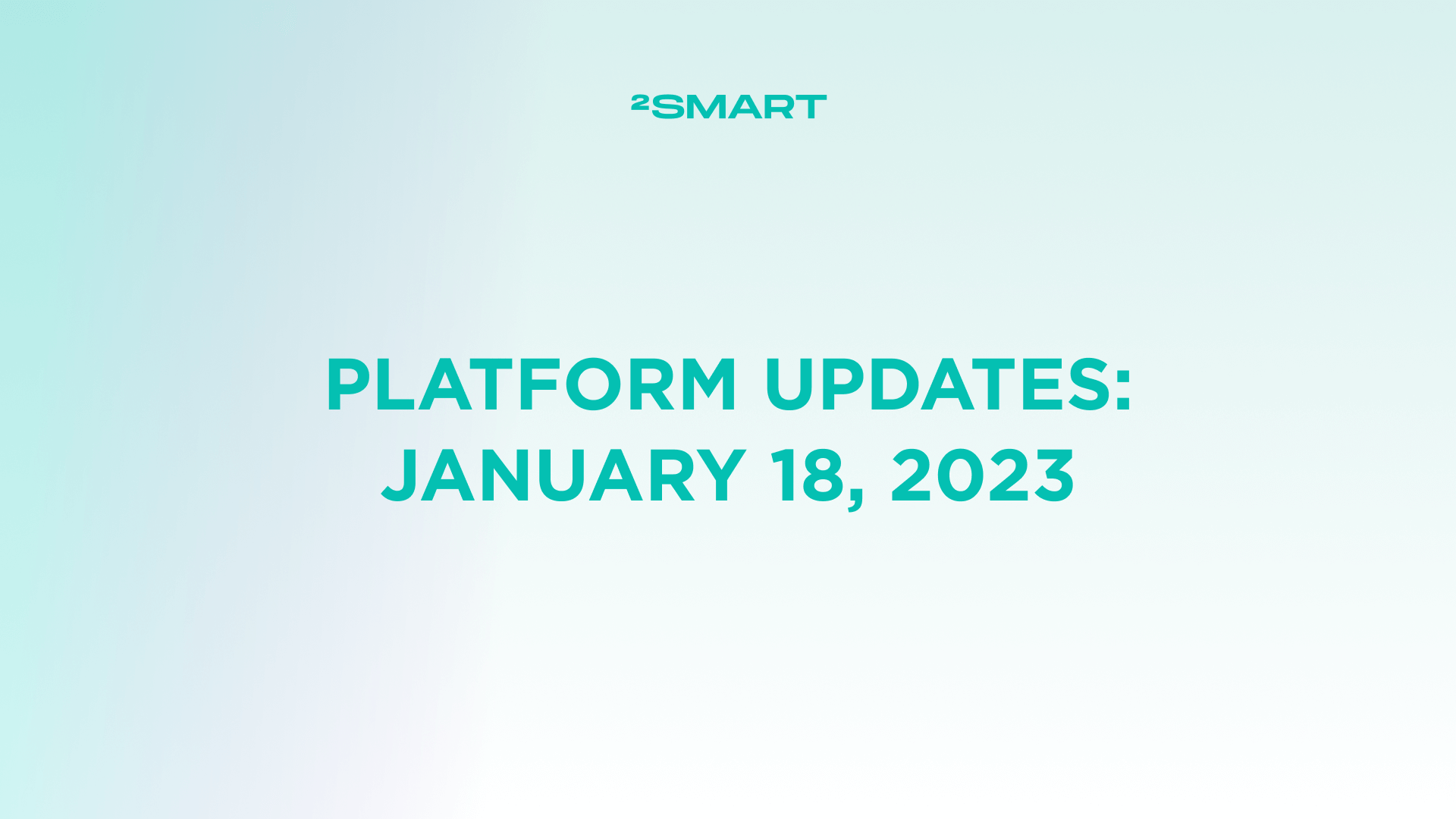