Security robot: from an ugly duckling into a beautiful swan

This is our fifth post about creating a security robot as an IoT device with interesting functionality and a great future. If you haven’t read the previous posts, we recommend starting with them. We have already talked about how we assembled the first prototype and implemented the functionality of remote control and video surveillance. That prototype was a real ugly duckling – it was constructed from two children’s robotics kits, and a smartphone installed on top was used instead of a surveillance camera. Having completed its tasks, it’s time for this prototype to turn into a beautiful swan. The minimum viable product is the first step towards this. We will tell you about its creation in this post. 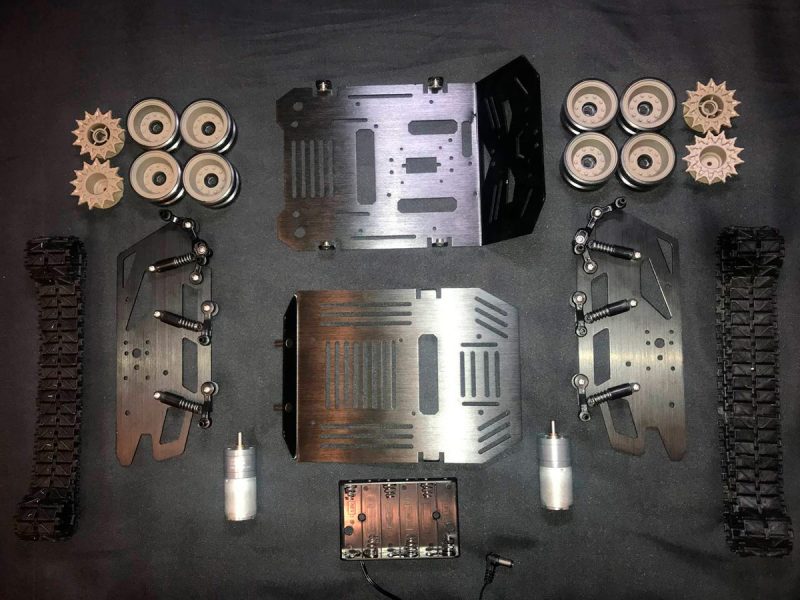 In the second post of our series, we talked about what functionality of the security robot we would like to implement. For example, the list included autonomous patrolling of the territory using artificial intelligence, automatic return to the base station for recharging, and group interaction of several robots.

All these tasks are solved exclusively by software tools. It is not necessary to make changes to the device’s design for its implementation. Therefore, when creating an MVP, we decided to postpone the implementation of such functionality; it can be done later. For now, we need to focus on the design of the robot.

Choosing a case for MVP

It’s time to say goodbye to children’s robotics kits and pick up a real “adult” case. We found an inexpensive crawler chassis that comes ready-made and realized that this is exactly what we need in the MVP phase. 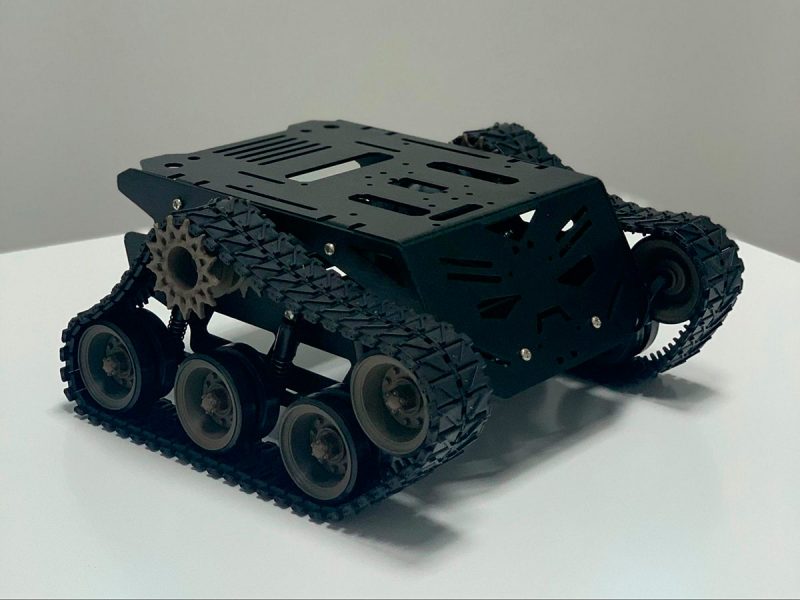 Firstly, this chassis is easy to purchase – it is available ready-made, and if desired, you can buy any number of kits and assemble a small batch of robots. It can be used when producing a finished commercial product, and not only at the MVP phase.

Secondly, we were looking for a crawler chassis. We tested both crawler and wheel travel at the Proof of concept stage. It turned out that the prototype on caterpillars moves better on the carpet and overcomes thresholds in the house better.

Thirdly, the new case looks excellent. We want a beautiful swan – here it is, even if it is black.

Starting work on MVP, we also completely redesigned the firmware. Its code no longer contains the library for controlling servos from the GoPiGo constructor, and our libraries and nodes have been finalized and optimized.

We also decided to make sure that the initial firmware installation on the Raspberry Pi was as simple as possible. Firmware updates will come over the air; there will be no problems with this. But for the first time, it should be easy to flash a device, even if third-party contractors will do it.

To do this, we have compiled an image for Raspberry Pi. You just need to copy this file to a memory card, install it on a microcomputer and deploy the image. After turning on the robot, it will launch its Wi-Fi hotspot, using which the user will be able to pair the robot with his smartphone. It’s elementary!

The mobile application for robot control is our universal 2Smart Cloud application. It is used to control all smart devices connected to the platform. The app supports integration with Siri and Google Assistant, so you can even control the robot using voice commands.

Here is what functionality for controlling the robot from a smartphone was possible at the MVP stage:

As for the preset modes of the security robot, we have implemented three: 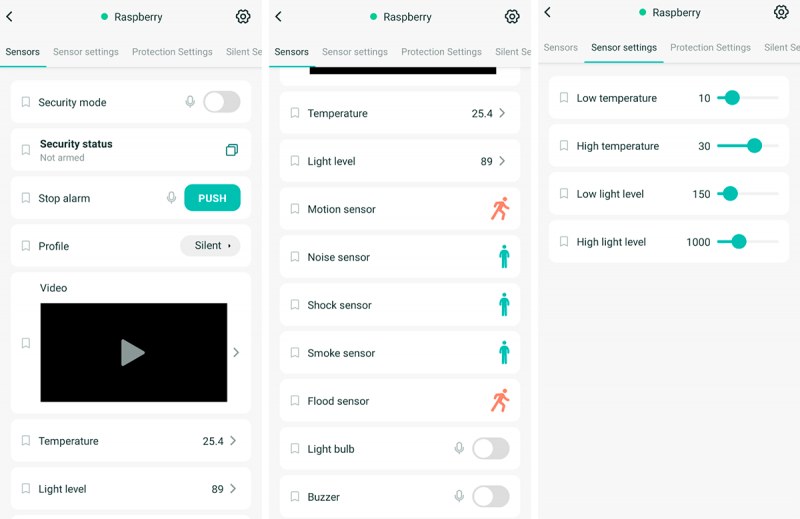 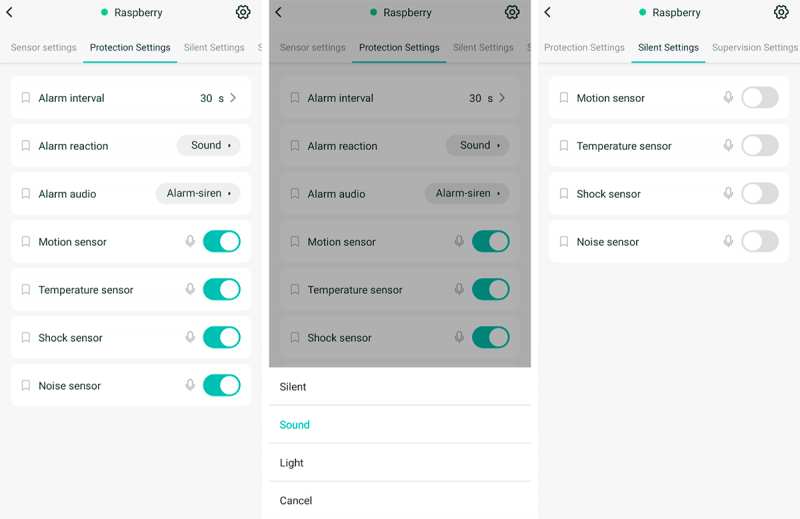 What did we end up with

Having assembled and launched the minimum viable product, we were satisfied. Now the robot looks like a natural little security guard. He moves around the office quite smartly (and, for some developers – around the house). It is easy to control using a mobile device; the video from the camera is transmitted without delays and freezes.

Of course, this whole long story was not only the entertainment of our team. There was a private investor behind it who proposed the idea of a security robot. The investor liked the robot that turned out at the MVP stage. But whether to turn it into a mass commercial device, the customer is still considering. The world is changing too fast, and not everything depends on our desires.

It was a good and exciting experience for our team. We think this is not the last post about the robot guard, and one day we will continue. But for now, that’s all. We would love your feedback, and if you like it, we will tell you about other projects that we have worked on before or are working on right now! 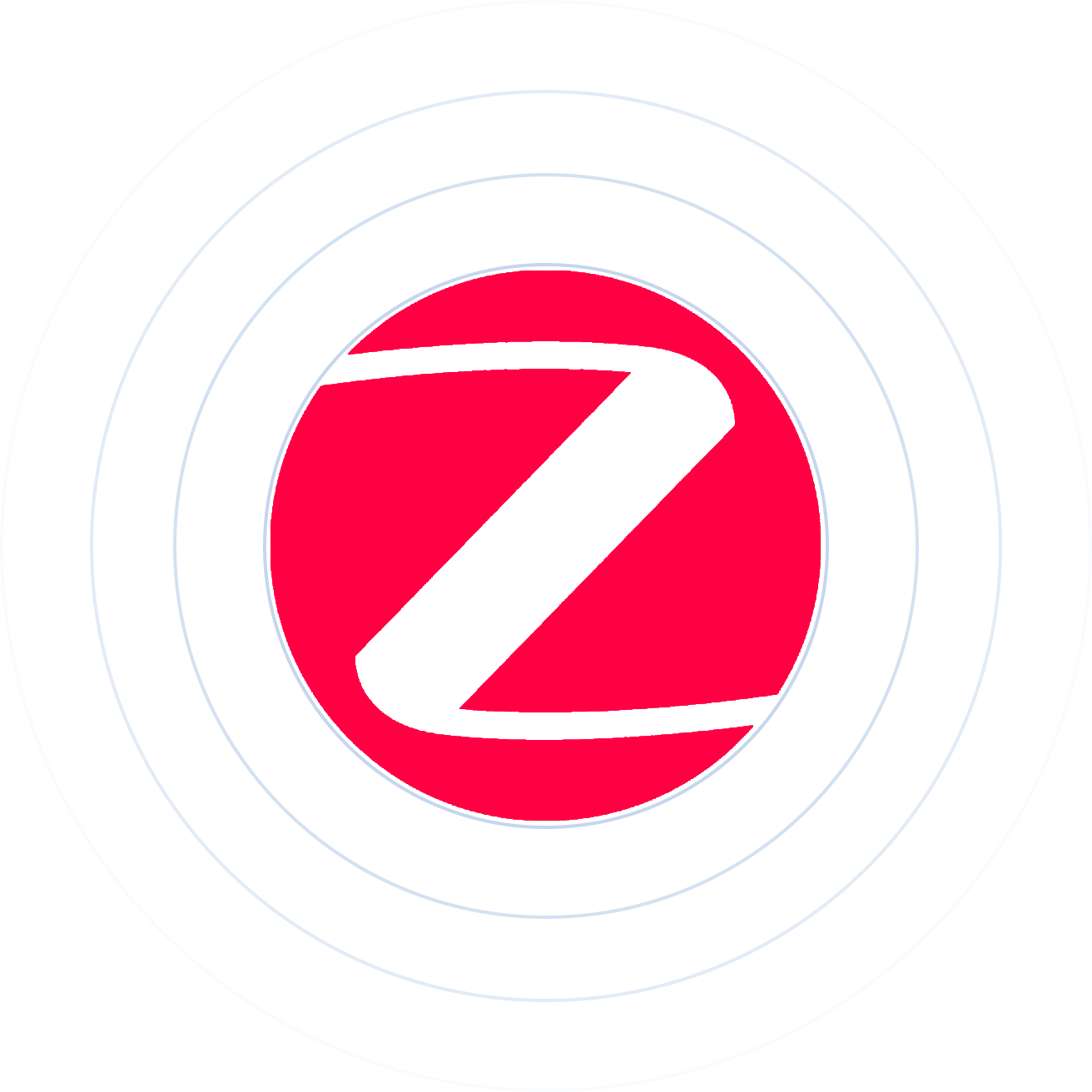 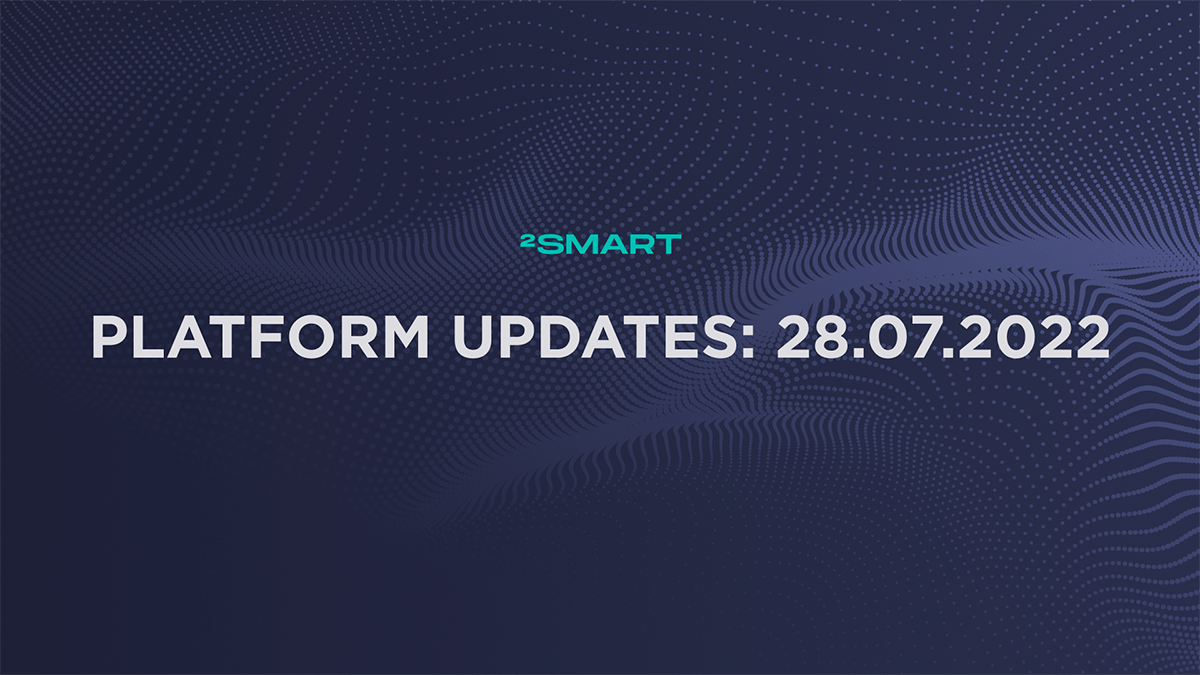 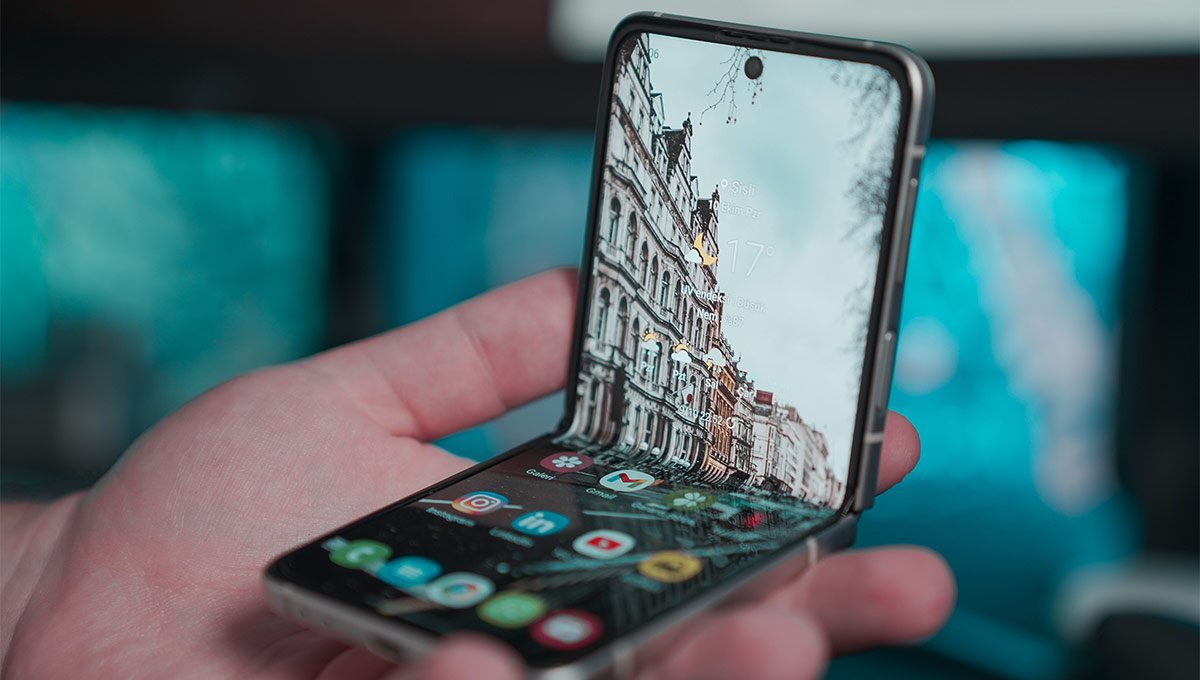 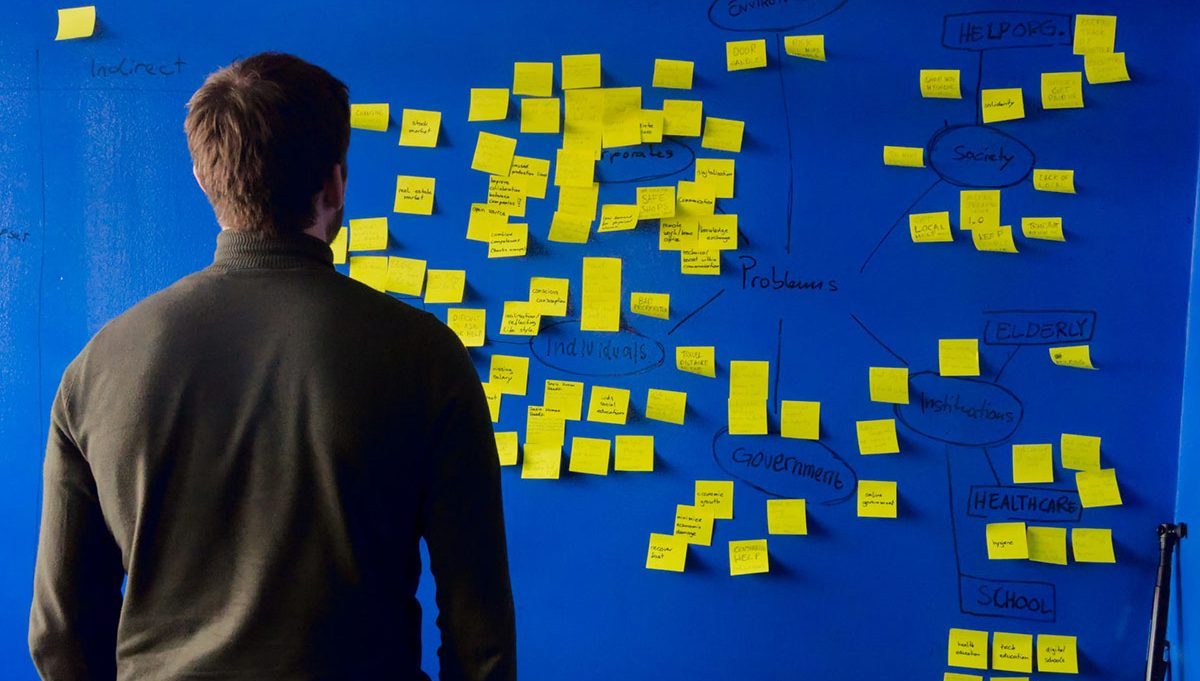